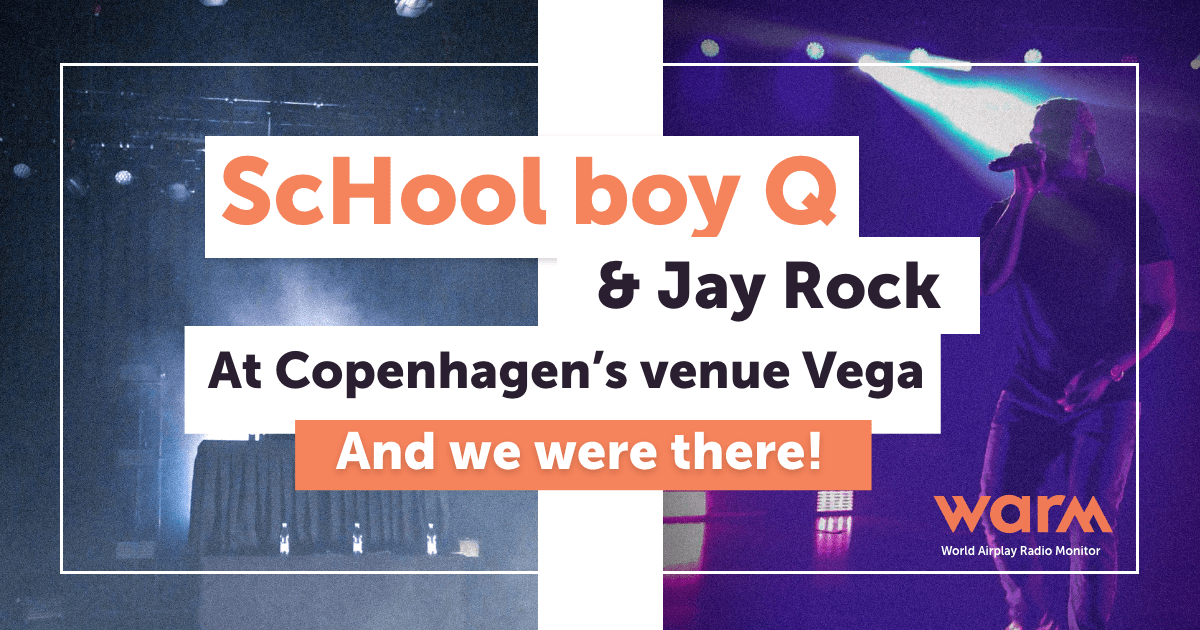 Accompanied by Jay Rock, his Black Hippy buddy. Black Hippy is well know as label-mates and fellow California-based rappers within Ab-Soul and Kendrick Lamar. Q & Jay have been proclaimed as major talents in the modern hip-hop scene so we could not miss this show! So we went there and experienced the Hype! The atmosphere was unbelievable and the energy levels were kept up until the very end. Jay Rock took care of the 45-min warm-up before Q went to stage. When the lights went down and ‘Gang Gang’, from Q’s newest album TrasH Talk, started to play, the audience demonstrated who they really came here to watch. The show continued with all his well-known hits such as ‘Dangerous’, ‘Collard Greens’, ‘Break the Bank’. ‘CHopstix’ and much more.

Audience itself was turning the heat up and Q didn’t even needed call for moshpit circles as people were so doing so by themselves.We have to note and appreciate Q’s DJ as well, as he wasn’t just static figure in background, He was rapping and dancing on his desk and setting on fire the whole atmosphere. After the one-hour show Q’s DJ didn’t hesitate to greet their fans in front of the backstage, unfortunately without ScHoolboy Q or Jay Rock!Summing up, the show was amazing!ou can have a small taste of our experience in the video below. We blame the lack of stability on the excited and hyped audience that couldn’t stop jumping!

We strongly recommend reading more about Q’s story, how his background influenced his current creations and how he became one of the big names in modern hip-hop.

“I didn’t know what I wanted to do with myself until 2007,” he admits now. “That’s when I first really started rapping. I thought my shit was tight, but it really wasn’t. But I found out that had a passion for it that I didn’t know I had.” ` - ScHoolboy Q

Track your radio airplay with WARM