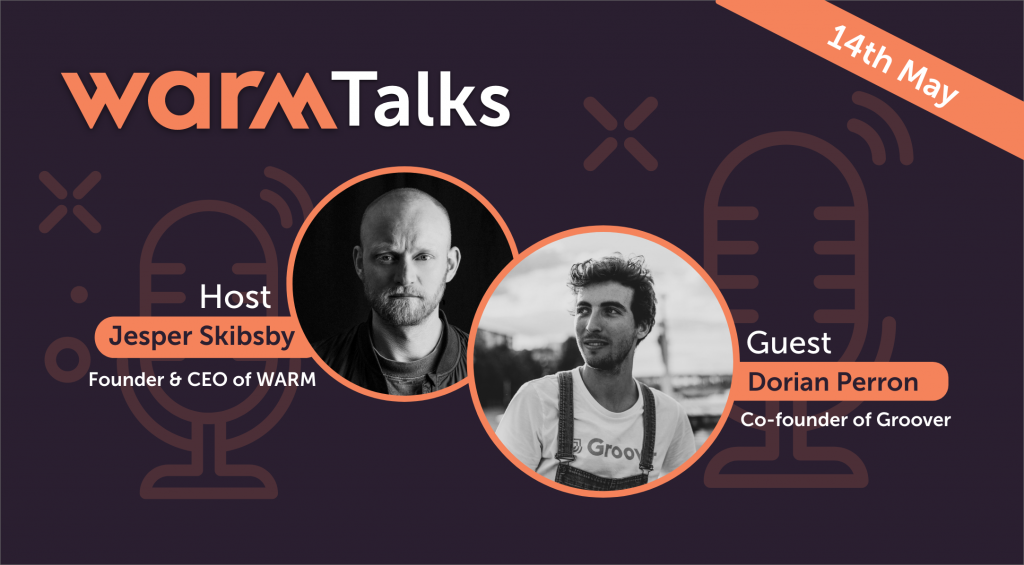 How to get Airplay in France

Our fourth WARM Talk featured Dorian Perron and Jesper Skibsby. They discussed how to break into the French music industry and how to achieve more airplay on radio stations. Watch the session and get to know more about The French Music Business – and how to become a part of it!

The participants of the week

The host of the WARM Talk was Jesper Skibsby.  He was joined by Dorian Perron in a talk about how to get more airplay in France.

Dorian is co-founder of Groover. Groover’s mission is to reinvent how we think of music promotion. The platform allows musicians and their representatives to easily contact media outlets, radios, record labels, and music professionals of their choice. Groover guarantees that your music is listened to - and that you at least get written feedback on your music. Often you achieve even more, like reviews, playlist adds, meetings etc..

Jesper has worked in the music industry for 6 years - establishing indie companies like Fandango Music, We Make Noise and Kassiopeia Kollektive.

WARM is the first large-scale airplay monitor, built solely for the purpose of giving transparency to music entrepreneurs. By using the WARM platform and app, independent musicians, songwriters and producers can monitor in real-time any song that is played on radio stations worldwide. Currently, we are monitoring more than 30,000 radio stations in more than 130 countries. This is by far the biggest and widest radio monitoring service on the market.

Do you know if your music is being played right now? WARM knows.